Knee High by the 4th of July 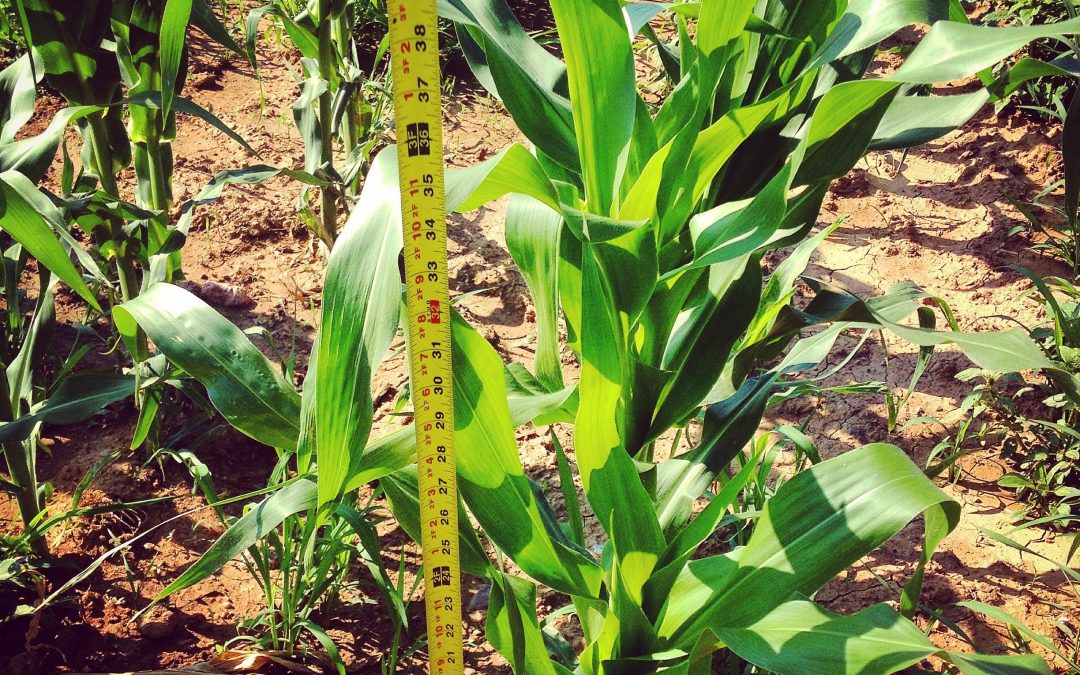 This catchy phrase is actually quite useful.  In previous decades, the height of the corn would suggest the degree of crop success.  Ideally, corn would be chest-high by the Fourth, but if the corn was not at least knee-high on the nation’s birthday  it meant the crop was struggling and may not be ready in time for harvest. On farms today, this model has outlived its accuracy.  Better understanding and selection of seed genetics have given farmers opportunity to succeed no matter what their position is on the Fourth.

Advances in seed genetic research and selection have produced seeds with better plant vigor, disease resistance, and growth efficiency.   This is true for both organic and conventional seeds.  These modern corn varieties have allowed crops to flourish in conditions that may have stunted or destroyed past generations.  So even in dry or wet times, hot or cool, the crop will continue to grow and flourish.  In ideal growing conditions, corn crops can be taller than previously recorded.  In parts of Iowa, corn fields can measure as high as six feet tall by our Independence Day.    Even when the corn is stunted, it does not imply that the crop is doomed.  Often times, the genetic integrity of the crop will still kick in and produce a sufficient harvest in fall.

The improvements have also changed when farmers choose to plant their crops.  Corn crops were usually planted late May to make sure that soil temperatures and weather supported germination and early plant growth.  Genetics have allowed corn crops to be planted in mid to late April resulting in a longer growing season and hopefully a higher harvest yield.  Earlier planted corn will usually super succeed the knee high by the Fourth of July “rule”.

This year, Silver Reef Organic Farms had a late start.  Due to late snows and significant May rains, our fields were too wet to plant on time.  While other farmers in our area started in April, we didn’t start planting until late May.  We were worried that our corn crop would be behind but we honestly had nothing to worry about.  Even though we planted in late May and only had about six weeks of growth, our corn was almost 3 feet tall at Independence Day.  The corn had a shorter growing interval but still succeeded to being “knee high.”

This website uses cookies to improve your experience while you navigate through the website. Out of these cookies, the cookies that are categorized as necessary are stored on your browser as they are essential for the working of basic functionalities of the website. We also use third-party cookies that help us analyze and understand how you use this website. These cookies will be stored in your browser only with your consent. You also have the option to opt-out of these cookies. But opting out of some of these cookies may have an effect on your browsing experience.
Necessary Always Enabled
Necessary cookies are absolutely essential for the website to function properly. This category only includes cookies that ensures basic functionalities and security features of the website. These cookies do not store any personal information.
Non-necessary
Any cookies that may not be particularly necessary for the website to function and is used specifically to collect user personal data via analytics, ads, other embedded contents are termed as non-necessary cookies. It is mandatory to procure user consent prior to running these cookies on your website.
SAVE & ACCEPT